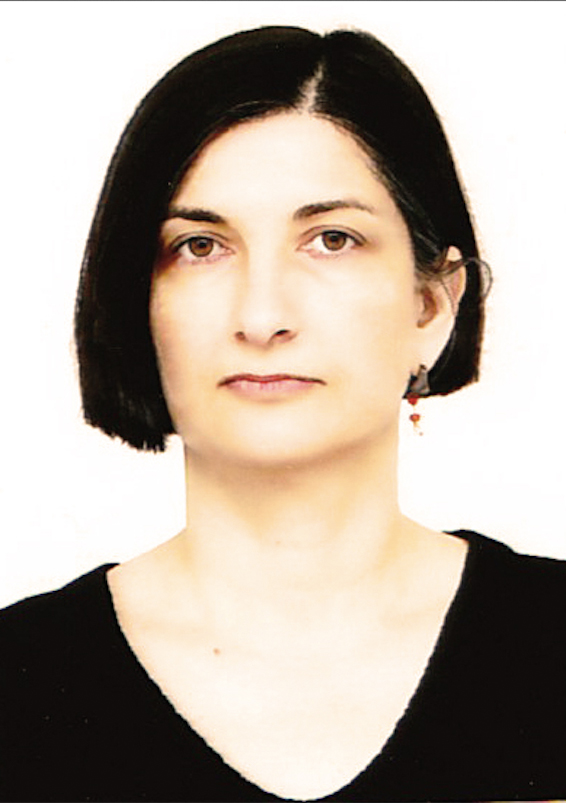 Professor of Molecular & Developmental Biology of the Department of Molecular Biology & Genetics of the Democritus University of Thrace, Maria Grigoriou has extensive experience in Molecular, Cellular & Developmental Biology.
She graduated from the Department of Biology of the National and Kapodistrian University of Athens in 1987. Then, with a scholarship gained from the Institute of Molecular Biology & Biotechnology of the Institute of Technology & Research (IMBB-FORTH), she completed her doctoral dissertation at the Department of Biology of the University of Crete in 1993 and received the title of Doctor of Molecular Biology.
She then worked as a postdoctoral researcher at the Medical School of the University of Crete (1993-1995) with a scholarship from IMBB-FORTH and then (1995-2000) at the National Institute for Medical Research (now Crick Institute) of the United Kingdom with a Marie Curie mobility scholarship from the European Union.
She was appointed Assistant Professor of the Department of Molecular Biology & Genetics in 2005, Associate Professor in 2012 and Professor in 2017. She has published 30 articles in prestigious international peer-reviewed journals (Nature, Development, Journal of Neuroscience, Methods in Molecular Biology, Journal of Biotechnology, Nucleic Acids Research) which have more than 4000 heteroreferences and has served as an evaluator of research proposals in national or international bodies (such as the General Secretariat for Research & Technology, the Cyprus Research Promotion Foundation, the Foundation for Science Technology of Portugal, etc.) and as a reviewer in various scientific journals.

She has received funding from multiple sources (eg European Union, INTERREG Cross-Border Programs, and national sources) and has participated in a significant number of projects (total budget> € 4,000,000). Furthermore she is the Scientific Coordinator at the National Research Infrastructure OMIC-ENGINE representing DUTH which focuses on functional genomics by developing next generation sequencing technologies in species of economic importance for Greece. In addition, she is the coordinator on behalf og DUTH in the AGRO4 + Infrastructure and the Deputy Coordinator in the FOODBIOMES Infrastructure combining analytical approaches and modern technologies of molecular biology for the development of applications in agriculture and in the food sector.